The Evolution of Moon Guidebook Covers 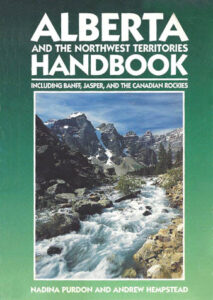 Since the first edition of Moon Alberta was published in 1995 (right), the design of Moon covers has evolved greatly. At that time, Moon was the only major guidebook company that did not use a corporate colour on their covers, and every cover featured a different colour scheme. When Moon began publishing regional guides in the late 1990s, they used a full bleed photo to showcase the destination, including the first edition of Canadian Rockies in 1999.

In the early 2000s, the cover redesign included a standardized, very dark blue, top band with the name of the destination reversed out in white, and a coloured left-side strip that was different for every destination. I assume the dark band was designed to give more emphasis to the photo, but, at least in the case of the Canadian books, the accompanying photos were often also dark, and not particularly representative of the destination. (Check out the 2002 covers on this page and you’ll see what I mean).

In 2005, Moon began transitioning to a much lighter, sky-blue band across the top, with the name of the destination reversed out in white. The first of my books to debut this new design was the 2005 Vancouver & Victoria book, followed by Atlantic Canada books in 2006 and Moon Canadian Rockies in 2007. In 2015, the band was replaced by a full-bleed destination image overlaid with a “Moon blue” text box, with the destination name reversed out in white type. The design is such that the text box can be moved around the cover so as to not obscure the most important elements of the photo. Moon is the only major guidebook publisher that includes the author’s name on the front cover. In the current design, the author is recognized in a white font below the text box. I recently chatted with Moon production director Jane Musser and she tells me the “Moon blue” is a CMYK mix (100C/0M/15Y/0K) that is less expensive to print than using a specific Pantone colour. And that it was chosen for its bright look that still showed white type well.

The full-bleed with blue text box design remains in place for most Moon guides, although beginning in 2019 regional guides to national parks, including Moon Canadian Rockies (2020), transitioned to a design with the destination name centred in the middle of a full-bleed photo.

Below, you can see the cover design transition through 10 editions of Moon Canadian Rockies, from 1999 to 2020. 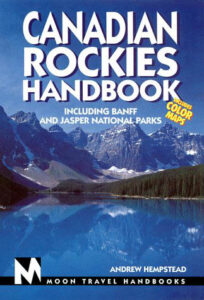 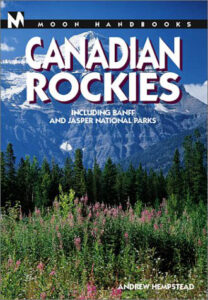 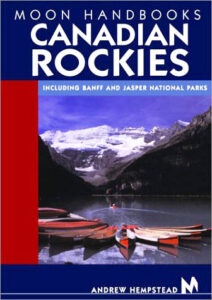 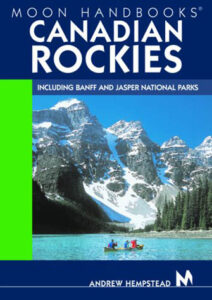 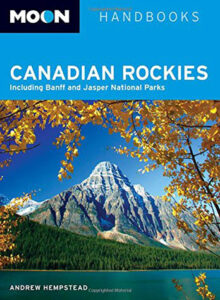 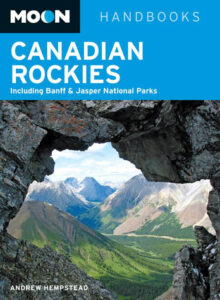 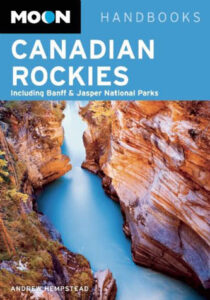 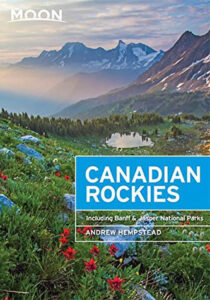 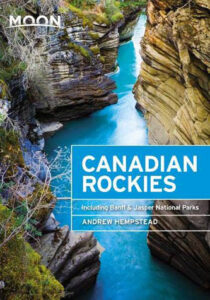 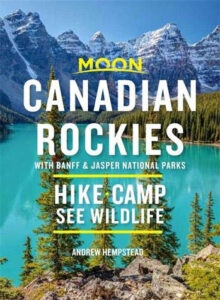